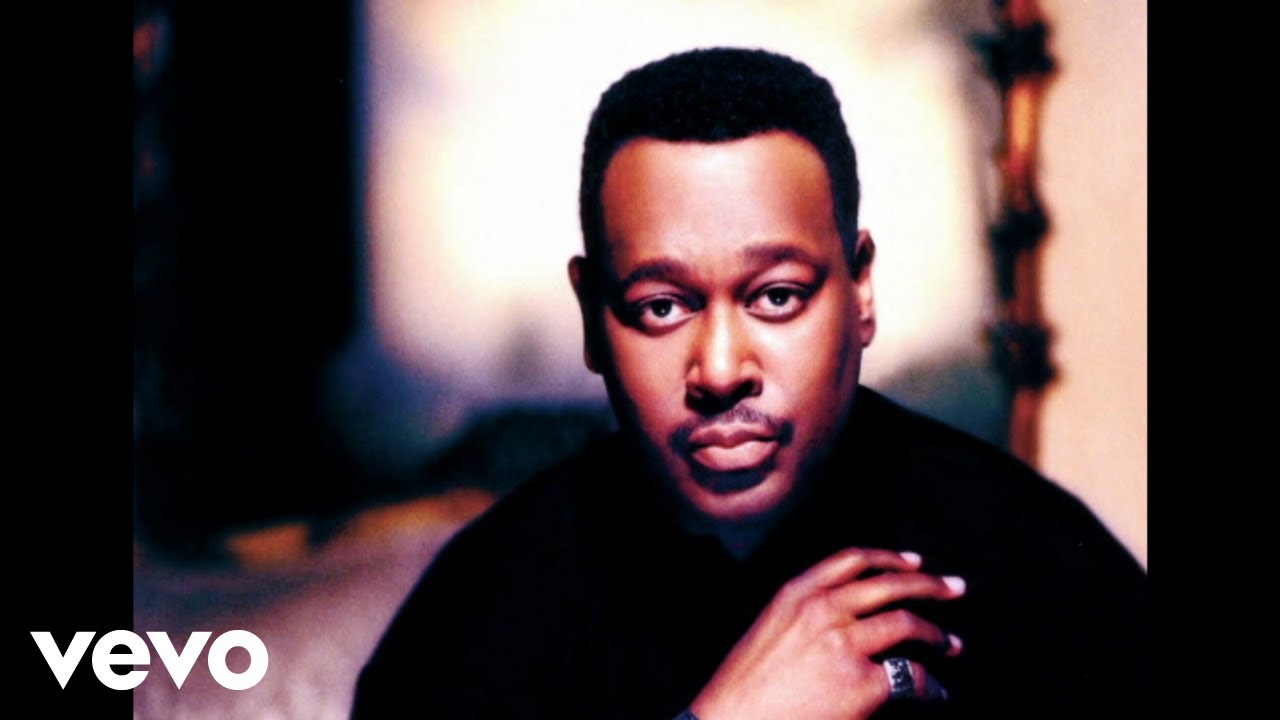 
Think About You. If It Ain't One Thing. Buy Me A Rose. Lovely Day. Dance With My Father. She Saw You. Hit It Again. Right In The Middle. Once Were Lovers. Then finally make me do just what my mama says Later that night when I was asleep He left a dollar under my sheet Never dreamed that he would be gone from me. If I could steal one final glance One final step, one final dance with him I'd play a song that will never, never end 'Cause I'd love, I'd love to dance with my father again.

The first song I ever placed was a 1 AC song, though I think it hit 15 on the pop charts. But I definitely thought to myself that it was never going to happen again, I wasn't the kind of guy that thought it was just that easy. I really thought that it was great that it happened and that it would never happen again, but I was ready to do the work to get back to that again.

RM : Well, I sang background vocals on a song on Chicago's 17 record. Robert Lamm, who I was a huge fan of, wrote all of my favorite songs and he and I just hit it off. He was another person that was a huge mentor to me.

He asked me to write a song with him but it didn't make the 17 record because it wasn't really good enough. I was still such a kid when I wrote that song. But it was so great to work with Robert and we're still friends to this day. MR : Very cool. Can you tell us about that? RM : Bruce and I were introduced by a mutual friend, and he basically just heard the exact same songs that everyone else had rejected. I couldn't believe it. Not only did he give me a record deal finally, but he told me I should produce my own record, which was just unheard of.

That guy just changed my life and is, again, someone I keep in touch with to this very day. I owe my career as an artist to Bruce Lundvall because he singed me when no one else wanted to and gave me tremendous artistic freedom from the get-go. He didn't micromanage. He's the kind of guy that has such an illustrious career, and his philosophy is that if he likes what you do, there is no reason for him to get in the way of it. He's just such a great cheerleader and a really sweet man. Again, for me to be able to make my first record under him was just a huge blessing because that guy is a prince.

MR : Which brings us to your second huge album, Repeat Offender. Can you tell us a little story behind at least one of the songs from that time period? RM : Well, every song has a story but, "Children Of The Night" was unlike any song I had written up to that point because it wasn't personal. It wasn't about me and it wasn't a relationship song. I just happened upon a 60 Minutes profile of a woman by the name of Lois Lee who founded the charity by the same name.

It's an organization in Los Angeles that houses runaway youths. Most kids who run away from home and stay away end up in jail or prosecuted for drugs or something else. It's horrendous. So, I reached out to them and talked to some of the kids in the program so that I could really understand their story.

I wrote the song and decided to put it on the Repeat Offender album and donated all the royalties to them for that song. It ultimately built a new home for them in the Los Angeles area so they could house more kids. As nice as that is for them, what I got out of it was being able to meet some of the most extraordinary and courageous young people I've ever met.

That's a really special song. I actually got a message on Facebook from one of the kids in the video and she's now married with kids and thriving.

Compartir 'Dance With My Father'

When I met her, and during the video shoot, she had just broken free of being a teenaged prostitute. There's a success story for you. I just love that song, and it features an amazing horn arrangement done by my late father, Dick Marx. MR : Beautiful. Let's jump forward to your album Rush Street because it featured some pretty popular artists including Luther Vandross and Billy Joel. It also features my favorite recording you've done, "Hazard. RM : Well, that song was musically inspired by Danny Lanois who is a brilliant arranger, producer, and musician himself.

I was on tour and traveling all over at the time. He's made some of the most beautiful solo albums I've heard - they're very haunting and ethereal. I was sort of in this headspace from listening to a lot of Danny's music, so "Hazard" came out of that. It didn't particularly sound like any of his music, but it sounds like it could have been right at home on one of his records.

It was just a piece of music and I didn't want to write lyrics like any other that I'd ever written. I had always wanted to write a story song, but it scared me. It's hard to tell a story in four minutes, you know? But I got an idea and I went after it. I thought it was the dumbest song that I ever tried to write, and my wife heard me playing around with it and kind of flipped out over it. She convinced me to record it and it became one of my biggest hits to this very day.

Talk about a shock. I mean, I've never written a song that I thought was a hit but I was sure that nobody would care about that song. I still get people yelling it out at concerts all the time and I don't ever play a concert without doing it. MR : Part of that, I'm sure, had to do with the spooky video that went with that song.

That was the closest thing to a movie that we've ever done for a video. It's just a really great video and I can say that because I didn't do anything but appear in it. RM : Luther and I started working together when he did background vocals on a song of mine called, "Keeping Coming Back. About a year or two later, he asked me to write a song with him for his Christmas album and we wrote a couple of other songs together after that. In fact, the last song he ever wrote called, "Dance With My Father," was a song that we wrote together, but that was much later.

RM : I think the first thing I ever did after I'd had any success as an artist was working with an all-female heavy metal group called Vixen. I was on tour with them and they had finished their album, but everyone felt that they still needed their first hit single.

I think that that was the first outside project that I ever took once I started touring and performing. It came about just like any other song - Luther called me up one day and said that he had an idea for a song called, "Dance With My Father. The back story for that song is that my dad died in , and it was very sudden and very painful because my dad and I were very, very close. The loss was so profound and it kind of sent me reeling for quite some time. One of the only people during that time who knew how to provide any sort of comfort was Luther.

He would call me every couple of weeks and we would end up talking for hours.


I can't even begin to tell you how much he helped me through that horrible period. Luther also came from a similar but very different situation because his father died when he was only He didn't really get to know his father that well. The most vivid memory that he had of his father was seeing him come home and dance around the kitchen with Luther's mom and all the kids. It's such a sweet visual image.

Luther said that he wanted to write a piece of music to remember his father, and asked if I would work on the music and we'd go from there. I wrote a piece of music that night or the next day, and he took it and changed some stuff around and made it what he wanted, then added these amazing lyrics to it. The thing that's most beautiful about that song is everything that Luther brought to it because it was his story. I remember him saying that he thought that that song was the most important song of his career - he said that that was his "Piano Man.

Ten days later, he had a massive stroke. He had just finished and recorded the song and then the stroke happened. It was about another year or so before he passed away, but the legacy of that song and what it means to me is so huge. I tried singing the song and I can't, I tried to sing it because I get asked to sing it a lot.

It really has meant a lot to a lot of different people. People have adopted it into their lives like they have with several other songs that I've written, which I think is just incredible. But I can't sing that song because it just makes me too sad. Musical relationship notwithstanding, Luther and I were really close friends.

I cherish my memories of him. But when I sing that song, it just bums me out too much, but I can and will say that I am extraordinarily proud to have been his collaborator on that song. RM : Yeah, and Celine's father had passed away not too long before that. It was really hard for her to get through that. Luther was still alive at that point, though he was pretty incapacitated in the hospital.