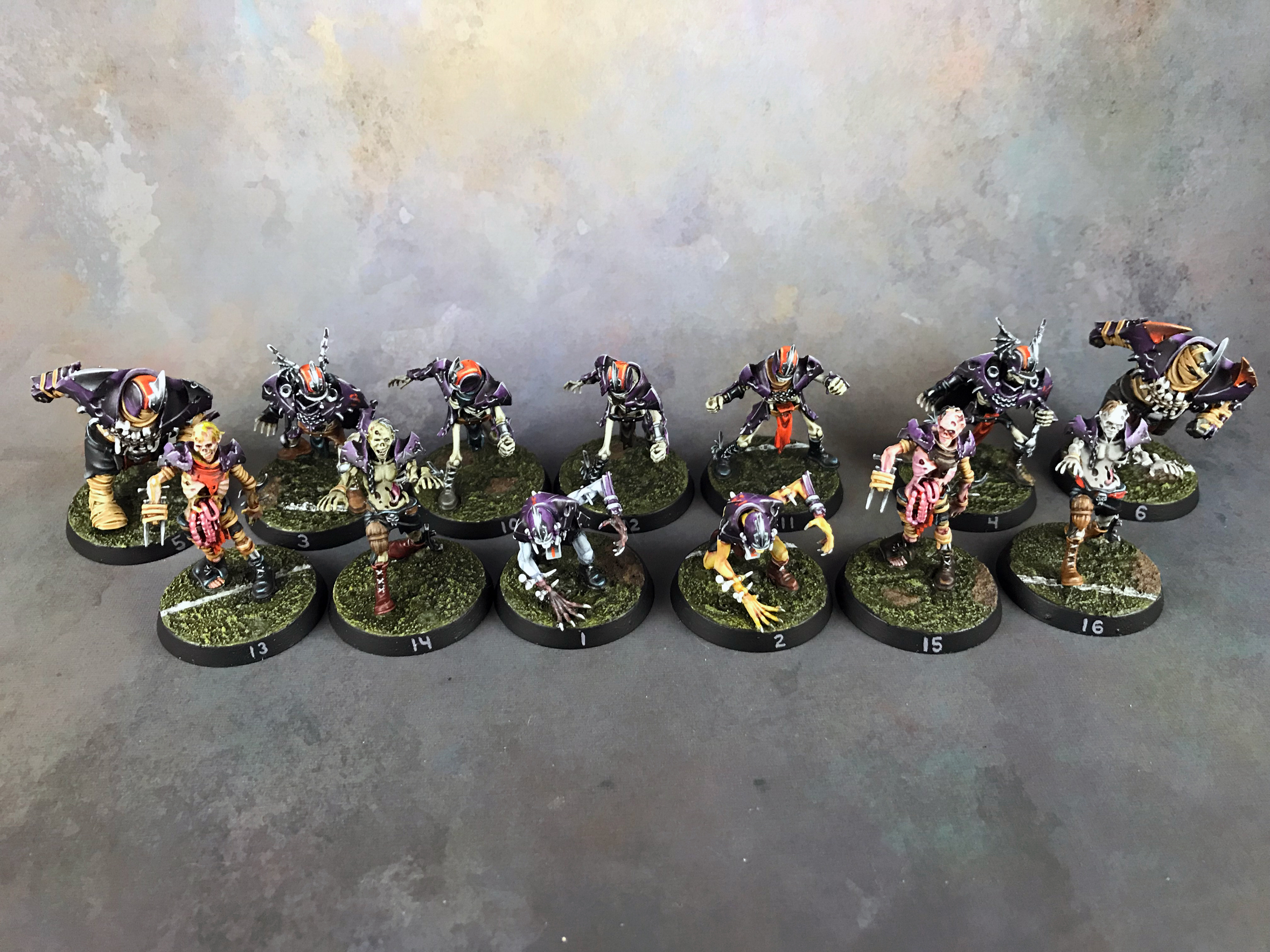 
It's menacing, but also compelling. It also hints at a darker, unseen power. I choose the blue as preferred color.


Its darker which reminds me more of necromancy The green is to bright to be coming fourth from dark magic. The green energy looks somewhat artificial, blue seems more suited for a lightning-type energy. Perhaps if the green were a bit more bluish it would look more natural. The Blue contrasts with the background better as well as it being a common color used for a ghostly or spectral nature. Green is more of a nature or poison color and doesn't fit well with the theme.

The green clashes horribly with the purple background as well. The blue version blends with the sekeleton too much losing some of the "ghostly" effect, whereas the green is more striking. It IS a hard call. My only problem with the blue is that it makes the card look almost exactly like Sindragosa from Wrath of the Lich King. The green is a little too bright and it mutes out the gorgeous art. I thought green would be nicer and convey a more undead feel, but this green is too bright and vibrant. A duller, more sickly green would be much better.

As it stands, the blue is better than this current green. I choose Blue! Green is the color of plants, of life.


Blue is a "colder" color - the coldness of almost death. Even though GREEN is my all time favorite color and I choose it for everything, the blue does look more spectral and ghostly. Th Green would be better suited for something like a Pestilence Dragon. I like the green better if it were on a different background.

I like them both and I agree the Green on Purple background makes for nice contrast, but to me it screams Cthulhu which has no place in a dragon game. The Spectral Blue as it's being called has to be my choice. Go Blue! The blue works better with the purple background. Analogous colours are subtler and can be much more effective. 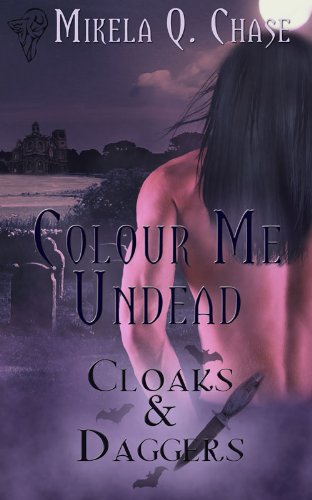 The blue implies an electric 'life' force, a spirit, an essence. I liked the green with the original background colour, but it just doesn't work as well on the purple. Green, the contrast with the background is nicer, even if I usually prefer the blue undeads. I iam in the Green camp. Much richer and more viberant against the background!! Blue is more representative of dead and cold. Green is more representative of a dragon. I vote for blue in this case.

Green is sooo much cooler, besides green and purple are oldschool netrunner colors, and they have been used together for a long time because of the way they complement each other. Actually I prefer the one on the page of kickstarter more than both of these, it's both more dragonish and more undeadish, these ones are more magical. I say blue. Green reminds me a poison.

Blue gives a feel of magic and feeling of cold death. The green, aside from being a bit overpowering to me in this case, is also the wrong colour for this type of dragon, I think - it either speaks to vitality which is by definition the opposite of what this dragon is about or to poison, which I think is irrelevant.

Blue is a cool colour, less lively and more subdued which I think is good in the context of death but it does pack some power by how closely the art on the dragon resembles lightning which in general is a good element for a dragon, reminiscent of tempests and danger and of air, the essence of any dragon. Blue, although in looking at the background, I'd also recommend a shift in the purples to a slightly more gray tone to complement the blue. How about green for the main game, then throw the blue version in with the Celestial Dragon add-on?

I vote blue, I was torn with green but only because it's more vibrant than the blue against the darker purple background. Maybe even a more vibrant blue or lighten the purple background against the blue. I understand the darkness of the purple for undead, but the current darkness is muddying up the details of the graphic. Green has too much contrast and doesn't have the sleek look of blue. Blue - while the green is more vibrant, it also seems to be more closely related to life.

While blue does seem more frost-dragony I'm sure that's a word! Plus, the green is not as easy to see through Both beautiful though They're both nice, so I won't be disappointed either way, but I think Green looks a bit more evil. Out of these two alternatives the blue one looks better with the purplish background, but I think the original art looked a lot better: green on a blackish background.

I like the blue it is more subtle, the green is cool but a bit over-the-top for me. I pefer the Blue. Green is more traditional as undead, however that makes the blue all the more attractive in this image. It's got a spectral feel to it. The green is too vibrant, screams zombie and clashes with the background.

I vote the blue. I think blue makes it look more sleek. Green looks too stereotype and I don't like how it contrasts to the background.

Blue; better color interaction with the background and green is such a cliche undead color. I don't have a preference for blue vs green. But, is changing the color of the dragon to an off white or tan an option? As it is, the dragon gets a bit blended into the background. The background is purple and the bones have a heavy hint of purple to them, blue would fit that color scheme much better. If you do end up going with green, please use the original greyish background. Green and purple make me think Barney.

I vote blue. For some reason at a quick glance the green looks like a shrub. BLUE for sure. Blue has the cold chill of the dead to it while green has the essence of chlorophyll, and life,. I like the green but it doesn't sit well with the purple background. I really liked the green on the dark grey that you had on the kickstarter page. Blue :- Definitely has a more cold, wraith-like look to it. The green looks more like a poisonous breath weapon.

Blue is more of a celestial type of color whereas green represents more of an undead energy. I think the green would look good if it was a really washed out green pale, like the initial Undead dragon image we saw ages ago. Green has been used for undead things for so long that it really does fit, but it needs to be a dead, withered green; not this vibrant, bright green presented here. Green is my favorite color and I'm voting Blue. It just looks better. Green seems more like Mortal Combat. Blue, absolutely blue! Although, I do agree with Nicholas' comment about if green is chosen, make it a pale, undead kind of green and not so vibrant.

Blue very much. Green is sickly and poisonous but doesn't scream undead to me. Blue is ice, cold, dead. Blue conveys the Undead theme more than green although they both look great! Green looks more undead.

Green contrasts better. Green is my favorite color. I also agree with Nicholas post feb 25, AM that if you do go with green it needs to be a less vibrant green. The green is utterly cool, but it needs a grey or washed background i. On a separate note, I really hope the rules are totally awesome, but I would have bought the game just for the card art.

Seriously Kerem. Keep it coming. And rules guys just be aware that if you do an awesome job on the rules, this game is going to be a New Level of EPIC. Blue is a more natural color combo. But the Green gives it a greater depth and seems more unnatural not a bad thing :. I'm really good with either one.

Both are amazing. I agree with others that green gives more contrast with a purple background. Blue had a better 'feel' to it but would be better served with a different colored background. Blue looks more spectral and closer to what I would imagine the undead look like. So my vote is BLUE! Which is better, and why? Comment to vote. Labels: Art , Draco Magi. Luis Francisco February 24, at PM. Daniel Palmer February 25, at AM.