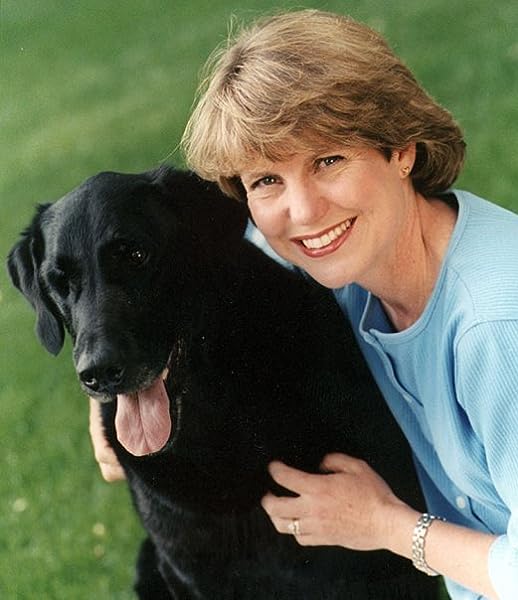 Within the past week, the Mexican government ordered more than 5, federal police and soldiers to Ciudad Juarez, across from El Paso, to reinforce the 2, already patrolling there. Kilroy, like other students, was drawn to Mexico as part of an annual rite of passage involving drinking and partying in bars and clubs. His disappearance made international news when his remains were found on the so-called Devil Ranch, where he was killed in a grisly ritual that members of a drug-trafficking cult are said to have believed would make them invisible and bullet-proof.

The other was a University of Colorado student who was traveling with his mother when he was robbed and slain while using an automated teller machine in the coastal resort of Puerto Vallarta. After a visit to a discotheque, he ran into a group of three who used bats to beat him to death.

They stole his wallet and left him dead on a dark train track, his face nearly unrecognizable. Jarmick and Roy Seitz.

Employed at a glass factory in Everett, He also works weekends at the nut kiosk of Safeway, Lake Stevens. He has been sharing his unique rhyming poetry cycle of poems with Northwest audiences for several years. Larry Crist grew up in the California wine country,moved constantly with his school teaching mother before settling in Humboldt County where he dropped out of high school and later went on to earn a BA at HSU. He has been widely published in print and online journals.

She has served on the editorial board of Northwest Review, serves on the advisory board of PoetsWest. She also is an active member of the Poets Table group.


To Philly. Saw swastikas flying from rowhouses pre-Pearl Harbor. To the Beat Generation. To crossing the country. To Seattle. To write. Right here. Right now. These add to his previously published Nail and other Hardworking Poems originally published by Year of the Dragon Press, , with a second edition under the Gazoobi Tales imprint and Children Remember Their Fathers, an anthology of poems about fathers.

In the works are an anthology of poems about mothers and a collection of writings to be titled Living With Proud Mary. Thomas is currently gathering works for an anthology of indigenous writers. Garrett began writing poetry and seeking out a community of poets after wandering into The Elliott Bay Book Company in as Allen Ginsberg was preparing to give a reading. Garrett remembers Ginsberg, an ill man, being helped onto the stage then holding the podium to steady himself as he began to recite.

After a brief warm up, Garrett saw Ginsberg raise both arms and dance a mash-up of the Horah and the Mick Jagger while reading one of his rock rhythm poems.

Past Speakers – The Plaza Club

Garrett recently published his first chapbook. When you read someone in a deep way your thoughts and rhythms take over. Seattle, WA. Killer Poet is the dirge of the hour fear networks, the celebrity tweet while Rome burns, the be-bop beneath normal, the codex of afternoon sex. Forget all the rules. Forget about being published. Write for yourself and celebrate writing. Readings at pm the Third Wednesday of each month. Wander through the Kubota Garden and wonder at the sights, sounds, and spirits emerging from the landscape.

Experience the beauty and tranquility of the garden in a unique way. Over a two-hour period, visitors to the garden will encounter dancers and musicians dispersed in surprising locations throughout the garden as the performers engage in a minute-by-minute response to all the scents, sounds, sights and sensations of the garden. Posted by Viqueen at 2 comments: Links to this post. Labels: Denmark , Hebrides , language , runes , sculpture.

But what's weather to a true Viking? This is presumably the ancestor of the present St Olave's church in Marygate in York, which has a fifteenth-century stained glass window almost certainly depicting the Norwegian saint. There are also some more modern representations of him in both stained glass and sculpture, and a large Norwegian flag. According to A. Labels: churches , England , Faroes , Norway , onomastics , popular culture , saints , York. Friday, 27 July Jorvik Revisited. It simplifies, as it has to, but not in a bad way.

The ride is more or less as ever, though regularly tweaked, and not so long ago spiced up with new dialogues written and voiced by a colleague and students at the University of York. But the before and after the ride are both impressive, with some real nuggets of knowledge presented in an accessible way. The before gives you a useful summary of the excavations which form the basis of the ride, and lets you stand on the site, as it were.

All kinds of multimedia are used, prerecorded speakers, live intepreters with horns for you to blow if you dare, computer graphics, touch screens. The main criticism of the after bit is only that it's too small. It's a tribute to how interesting the stuff is that the rather narrow corridor with all this excitement was jammed with people looking, reading and learning, rather than heading straight for the shop. Labels: archaeology , education , England , Isle of Man , isotope analysis , media , museum , mythology , popular culture , sculpture , York.

The so-called Dragon Harald Fairhair was launched on the 5th of June, though I do wish the people responsible for the latter had consulted more, both about calling it a 'dragon' and Harald's nickname.

Unlike most modern Viking ships, this is not a replica of any actual ship, but rather a reconstruction based on a variety of sources. Meanwhile, Archaeology4Schools has embarked on a copy of the Ardnamurchan boat, found last year , though since not much more than some rivets survived of the boat, I do wonder what the basis of this reconstruction really is. Posted by Viqueen at 3 comments: Links to this post. Labels: Denmark , Ireland , Norway , Scotland , ships and boats. Saturday, 2 June Kilroy Wasn't Here. One only of several reasons why I haven't been blogging much is that I've been doing too much Norse and Viking rambling.

Posted by Viqueen at No comments: Links to this post. Labels: popular culture , runes. A few 'tweets' from a 'tweep' whom I follow god, the terminology reminded me that I failed to add a blog about my trip to Shetland, which followed on from the Orkney visit described in my last blog shamefully over a month ago. Although I've been to Orkney many times, this was my first visit to Shetland in over a decade, and only my second visit ever about time too.

It's always good to be reminded of both how similar and how different the two island groups are. The visit was quite a short one, though I managed to see lots of interesting things. One final thing which I hope will raise a smile is this house, built for a well-known fiddler, proclaiming his passion to everyone who passes by:. Labels: Iceland , music , onomastics , Orkney , poetry , sagas , Shetland , ships and boats , skaldic. Wednesday, 18 April Lights of the Isles. Like all good teachers I hope , I don't have any real favourites among my Norse and Viking rambling locations - from Newfoundland to Estonia, I have loved them all.

But careful readers of this blog may nevertheless have noticed I have a bit of a soft spot for Orkney. So I am delighted to report that I am here again! The kind folk of the Thing project have invited me to give lectures in both Orkney and Shetland this week.


And I wouldn't be me if I didn't tack on a few days extra to make it a proper busman's holiday Labels: Orkney , poetry , popular culture , sagas , Scotland , sea , Shetland , skaldic , viking. One of these is that 'mother cats bit off the tails of their kittens when the Isle of Man was invaded by Scandinavians to stop the invaders taking their tails to decorate their helmets' You'll have spotted this as a tall tale or urban myth the helmets are the clue even before learning that the breed is the result of a genetic mutation only years ago.

Labels: animals , genetics , Isle of Man , popular culture. Thursday, 5 April Runic Ramblings. When the budget allows, as this year it did, the best place to take runology students for a field trip is the Isle of Man. It's been a few years since I've been myself, so I was keen to go too! As we were taking the ferry from Heysham, it seemed appropriate to get in the Viking mood by visiting the antiquities there, in particular the hogback at St Peter's.